C.Co CIPFA’s collaborative consultancy is proud to welcome Rob Whiteman CBE to its board of directors.

C.Co are change experts who bring people together across communities and organisations. Using conversations and analysis, they work across the public sector to gather deep insights to solve complex problems.

The appointment comes as C.Co takes an opportunity during lockdown to review how it meets the needs of public sector clients as a widely respected and trusted change management partner.

Rob Whiteman said “I’m delighted to have joined the Board of C.Co which aims to provide best in class and innovative change management solutions to public services. CIPFA has a deep-rooted relationship with many organisations and we hope that by sharing insights and approaches via C.Co we can help leaders to navigate their next steps to achieve excellence.” 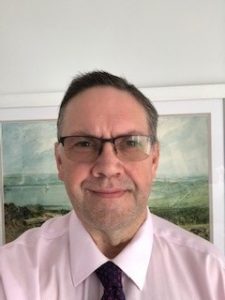 Rob Whiteman was appointed as the chief executive of CIPFA in September 2013. Before joining the Institute, he was a senior civil servant who worked as the chief executive of the UK Border Agency and had previously led the Improvement & Development Agency. Between 2005 and 2010 Whiteman was CEO of the London Borough of Barking and Dagenham. Prior to this role, he was director of resources at the London Borough of Lewisham.

Rob Whiteman is a well-known commentator and writer on public service reform and modernisation on a wide range of areas such as leadership, partnership working across local and central government, and building community cohesion. In 2008 he was named one of the ten most influential people in local government by the Local Government Chronicle. In 2007 and 2009 he carried out the Capability Reviews of the Department of Health for the Cabinet Office.

Graduating with a BA (Hons) in Economics and Government from the University of Essex, he started his management career at WH Smith plc, before moving into the public sector. An accountant by profession, Rob qualified with CIPFA early in his career whilst working at the London Borough of Camden. He has since held several local government finance advisory roles for the Local Government Association and CIPFA, and for many years served as secretary to the Society of London Treasurers.

At C.Co, we support organisations with solutions for all aspects of change management, enabling successful improvement and transformation across the public sector. If you are interested in finding out more, please get in touch with us today.

Page load link
This website uses cookies to improve your experience. We'll assume you're ok with this, but you can opt-out if you wish. Accept
Go to Top